Charbonnier brings Nannerl’s relationship with music to life, from the joy in composing to interpreting a score to the physical nuances of performing.
–Kirkus Reviews

Wolfgang Amadeus Mozart’s musical genius was first evident at three years old, and from there he went on to compose some of the most elegant, intricate, and famous concertos, operas, and chamber music in the world. However, as late as 1765 when Wolfgang and his sister Maria Anna Walburga Ignatia Mozart (affectionately nicknamed Nannerl) would perform together, it was Nannerl who received top billing.

MOZART’S SISTER by Rita Charbonnier is based on historical fact and follows Nannerl, the equally prodigious older sister of Wolfgang Amadeus Mozart. Wolfgang and Nannerl could not have been more different from one another—she was quiet and shy, he was outgoing and charismatic. Yet, from the time Wolfgang was born, he and Nannerl shared a strong bond. They held wild fantasies and a gift for composing and playing music considered quite progressive for the late Baroque/early Classical style that was prevalent at the time. Wolfgang and Nannerl performed for aristocracy and royalty as musical child prodigies, and soon became the talk of eighteenth century Europe.

As Wolfgang and Nannerl matured, Nannerl’s talent began to take a backseat to her brother’s ascending meteor. Her father insisted that she teach instead of perform, in order to support Wolfgang’s career. But just as Nannerl’s creativity seemed to be dying an unnecessary death, one of her students reawakened her passion, and inspired her to find her own unique genius.

MOZART’S SISTER is an elegant, florid, and rich story of a forgotten musical genius who learned to create and compose in her own right. Charbonnier’s interpretation of this formidable woman is sure to resonate not only with fans of music or historical fiction, but with anyone who knows what it feels like to live in another’s shadow.

“A moving tribute to the spirit of a forgotten sibling. Music imbues every gripping page, and in revealing Nannerl, Charbonnier also gives us a different view of Mozart, both rounding out and exploding the myths of his brief, tragic life.”
—Susanne Dunlap, author of Emilie’s Voice and Liszt’s Kiss

“A dysfunctional family, sex scandals, and true love?—eighteenth-century Europe was a far different world from ours, yet Rita Charbonnier’s skill and verve make us feel at home, and we cheer for the brilliant, resilient Nannerl as she struggles to become much more than Mozart’s sister.”
—Karen Harper, author of The Last Boleyn

“If you sympathized with Salieri when you watched Amadeus, wait until you find out what happened to Nannerl, Mozart’s sister. As brilliantly talented as her younger brother, she had a famous musical career that was ruthlessly turned into a mere addendum to his. Mozart’s Sister brings an intriguing woman back to life.”
—India Edghill, author of Wisdom’s Daughter 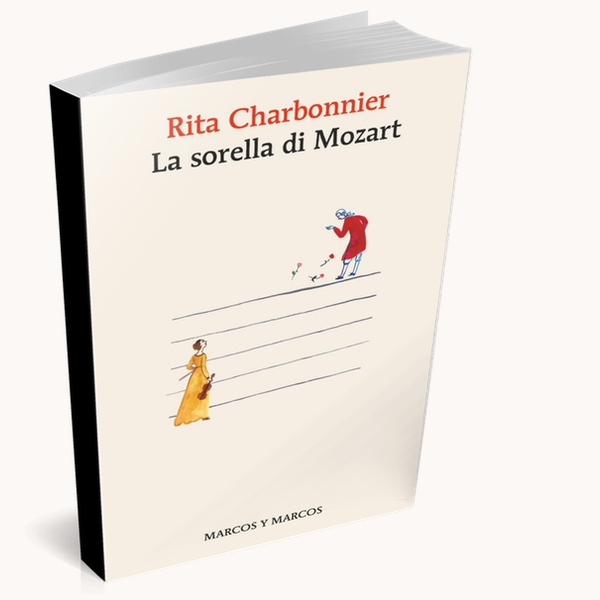